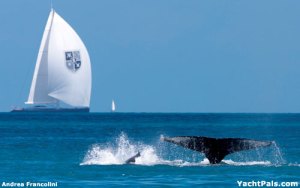 Error: Twitter did not respond. Please wait a few minutes and refresh this page.

Lets be aware of the Political Pink Noise but lets not get hypnotized by it.

STAY: Do not allow them to distract you from your Life, stay the course, STAY.

MORTGAGE RATES (Rates may include points.)

./ Sean Hannon, CFA, CFP, of Covestor.com writes for the Street.com about the 5 Lessons learned from this Financial crisis:1- Solvency not Liquidity.  2- Valuation is in the eye of the beholder 3- Public policy cannot cure private market woes. 4- Deleveraging markets kill innovation 5- No company is too big to fail.

In finance, solvency is the ability of an entity to pay its  debts with available cash.

In finanace, valuation is the process of estimating the  market value of a financial asset or liability. Valuations can be done on assets (for example, investments in marketable securities such as stocks, options, business,  enterprises, or intangible asstes such as patents and trademarks  or on liabilities (e.g., Bonds issued by a company).

The following links are meant to shed light on the fact that the Financial is not what is made out to be is the economy at large that will have felt consequences next Spring of ’09
there is time to prepare. The bailout will happen but the credit crunch will mean little with smaller opportunities in the USA to finance or lend money to.
All this because of concentration of Industries and and a FED that is drunk happy printing money afraid of deflation.

In the eyes of Mark Faber of Marc Faber, Ltd ..he notes that a- The bailout is not fair(Free Market point of view) b- Overconcentration of Industry prevents the Free Market from working as it should c-The bailout will happen but the long slumping economy will shed its bitter fruits in the Spring of ’09
in an Interview with Bloomberg Muse
.. .. Why  the Fed prints money..

Regardless of what you read or hear one thing is certain and that is that adversity is imminent but the stress is optional. We can and will survive, good and bad  both shall come to pass. We resist pain and discomfort but soon we discover that we can deal with it and we see the gift in it.  The unfolding line of events that the media is calling “Financial Crisis” as an euphemism for Depression is a reality that vents  against or new  way of life, which is spending money not yet earned with credit cards, now an addiction.

This crisis was seen clearly by many in Wall Street years ago, including some of our Political leaders and it seems that they turned their eyes away for whatever the reasons. Let us remember that when our leaders are not honest and not competent it does not matter what kind of country you live in whether is wealthy or poor, enlightened or backwards, homogeneous or a melting pot. It is always the working classes, middle merchants and those who go or send their children to war that bear the burden, very seldom the Arkons, or powerful. They always manage to sell their country out for safety and comfort. Well that was before.

Here is there solution offered by some out there in powerful desks: To cry for a benevolent society where the Government will look out for the welfare and safety of our whole country and keep it joyfully singing Kumbaya …or please read it as Socialism; it almost appears as if some of them are willing to give America back to England or create a Royal class of entrepreneurs, financiers and public servants(shadowed by lobbyists).

They are frantically searching for Competent people not like us…  ;-)  Don’t let them fool you when you hear them beg congress for more and better education for the incompetent like us that want to much money $15.00/hr. plus medical benefits, can you immagine that! They understand, we …don’t, of course  ;-)  That is why Mr Fuld, ex Lehman CEO, deserves $350.00 million that he still claims. Sarcasm asides our reality is blunt, well the “Wall Street credit crunch reality”

In the ABC Sunday show This Week with George Stephanopoulos(Sept-28-08) George Will made the comment that the British define socializing (Socialism) when the government takes control of the banks[loose paraphrase]. The collective state is not in total control in the production of goods nor its distribution however the bailing out of GM might indicate that is the the beginning of such case. What are the best advocates for Socialism? The best advocates for socialism are these exposed behaviors of Greedy and arrogant Executives.

What do we belive in and what do we fight for in our lives? I and friends served in the military, my son  just came from Irak and has to go back again while my friend’s grandson is servin in Afghanistan. It seems many have gone to war in Irak and Afghanistan to protect our country from our mortal enemies made up of the few practitioners of Islam that have declared war on the US, from well  over 20 years ago. These loyal people did not go to war to protect us from our leaders stupidities and vices nor the mistakes of  the Bush Administration, the mistakes of Congress or the mistakes of Few greedy Wall Street executives.

It’s all Wall Street and Washington bad? No. But does it matter now if it is 10% bad or 70% bad? The bailout and control of some financial institutions come at an announced price of $700 billion dollars that is US$700,000,000,000.oo so in 6 months the cost will be above $1trillion dollars or $1,000,000,000,000.oo.  … for What? What are the tangibles the stuff  paid with all that money? Show me the Stuff? Wall Street leaders wants to avoid paying fire sale prices as if  no one made a mistake is just it is a natural disaster like Katrina, except the taxpayers like you and me who elected these arrogant/incompetent public servants that think, believe and act as if we the taxpayers work for them. because we the taxpayers will certainly will pay that tab, not the executives that made the lousy decisions. A friend who worked with derivative swaps commented that this kid made $250,000.oo in his first year later he stopped talking about it because ” when you start making real money you stop talking about it”. Imagine all the tens of thousands of brokers making that kind of money, America is wonderful…when it works and when the brokers are honest and work for you the investor to make that money. This crisis wil happen and it needs to happen. do you love freedom? do you lov America? Are you willing to bear the discomfort of sustaining freedom. Is your patriotism just an agreement with Hollywood productions. This is the time to be patriotic not at the movie theater watching war movies or watching John Wayne movies. Is not about buying guns is about thinking soberly, why buy a $500,00.oo house on credit when your annual income is $70,000.oo and drive a Lexus SUV have cable and $120.oo/mo cell phone bill blah blah. You and I can endure the pain my friend and we can endure it in far more comfort that 3d world countries. Think about it we are talking about a standard of living that goes back only to the 60’s or 70’s and what if it was back to the 50’s? Yes we can endure it for freedom, we don’t have to bail out that corruption because if we do it will never end, CORRUPTION IS AN ADDICTION. Reading Suggestions: Traders Sowing Seeds of Destruction Prompt Crackdown: Derivatives swap sheets  / / This isn’t Armageddon @Money.CNN.com, Chaos on Wall Street @ money.CNN.com, Hill leaders: Bailout agreement reached in principle / Stephanopoulos: On Track for Deal and Debate / across the pond: France: Sarkozy to Limit Executive Pay, Guarantee Deposits /